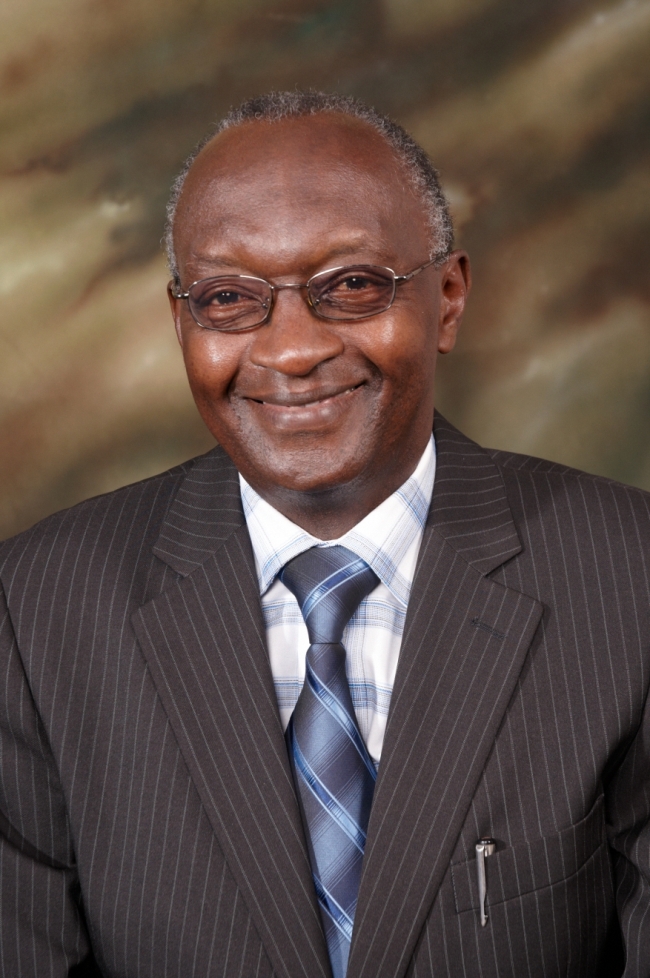 THIS article is the first that I am sadly sure my Uncle Michael won’t call me to make a comment about.

He was one of those old school people who read every newspaper with seriousness. Those silly grammatical errors and shortfalls in analysis or shallowness of reporting never escaped his attention.

He ‘gave me gas’, as some in my generation would say, and when my decision to work in a newspaper after university was met elsewhere with the question, “What about getting a real job?”, he understood well that I was going into a real job.

And whereas now I am deeply into new media, I still hold the old school, and traditional media, in high regard.

I still fold my newspapers up quite carefully, like to see the crossword puzzle page – even though I may not solve it every single day. And I share bits of the paper with my children because I believe it’s an integral part of life, in general.

When I think of Uncle Michael in Masindi the image in my mind is of him standing in front of his house with a newspaper folded up in his hand or underarm, the evening sun glinting off the back of his head, and him smiling with one eye cocked up.

During his send-off ceremonies, I was hit by how much of the old generation we are going to miss and how poorly we will be without them.

One old man in St. Matthew’s Cathedral, Edward Nyakaana, delivered a eulogy in a faultless mix of Runyoro and English that flowed as smoothly as the Kabalega Falls would if they consisted of oil.

His tonality, purpose of delivery and consistency made me yearn for more discussions with my uncles, great-uncles, and my grandfather, may his soul also Rest in Peace.

Like many other mourners, this well-spoken gentleman told of their childhood days and my own memories of childhood came to me with specific points around the old man we were mourning.

Like his father before him, he shone his own shoes and washed his own car – quite the contrast from our being so busy and important that we visit car washing bays and have our shoes shone by questionably turned-out fellows perched in roadside dust.

He worked diligently through over forty years at government jobs with no hint of scandal and retired into life as a commercial farmer in comfort and peace.

Until last Thursday, when he breathed his last.

And even then, I found that he wasn’t going to be quite peaceful for a little while longer.

The fellow in charge of his hospital documentation had casually written his name out as “Kaheru Mike”, leading to the issuance of a death certificate in the wrong name.

I only roared out about it briefly at the hospital, because it underscored to me yet again how lax the intellectual atmosphere is today.

Just an hour before I saw the wrongly-written certificate, I had given a funeral home official the name of the person to meet at the hospital to help with arrangements – my aunt, Sister Margaret Byabakama.

So I said, “Sister Margaret Byabakama”. I pronounced it slowly so he could write it down and help avoid any time wasting phone calls to clarify issues on arrival at the hospital.

The official wrote out quite clearly and even slower than I was pronouncing the words: “Byabakama Maggie”.

I was briefly at a loss, and sought clarification just in case he knew her better than I did.

Close to forty years had gone by and I had neither heard her being called “Maggie” nor my uncle being referred to as “Mike”.

In the space of one hour last Friday I was deeply dismayed on top of grieving.

A small matter, you think?

It is such silly errors that my Uncle always pointed out, declaring culprits as being “not serious” and pronouncing “serious” in the manner that it should be pronounced.

He, like so many of his ilk, was quite serious. And he shall be seriously missed.

And here is an Obituary by Simon, Stephen, Mark, Comfort, Paul and Crispy Kaheru:

AMONG the many consistent attributes family friends and mourners highlighted about Daddy was his bright, engaging, authentic smile. As children we were raised under that radiant smile: in times of plenty, in times of shortage, in times of joy, in times of sorrow, when he was playing with us, or even when he was disciplining us.

He always wore that smile!

When we ourselves became parents, the one thing we already knew how to do was smile and play with our children as an important element of raising them.

The importance of that smile, warmth, affection and friendship over the years have made it both harder and easier to accept the passing of our father.

Would that all parents realise the importance of being friendly with their children and fully involved in their lives!

Michael Stephen Kaheru was exceptional in this regard and we were all lucky as we grew up as not only his children, but as his friends.

He maintained that friendship with us very well through constant communication by means that we were astonished to hear mentioned by many speakers at his farewell ceremonies. Even as a retired civil servant, he spent many minutes (and obviously money) calling us up for all the reasons parents check on their children and a lot more!

Even as his family expanded, including in-laws, he graciously welcomed them as part of his own and the relationships began as if he had known them for years. His friendly spirit with his children and grandchildren made him an excellent baby-sitter, and it was always fun to watch him engaging in serious conversations with two-year olds (an age group that few of us take seriously). This alone challenges us and those who knew him to take every relationship, regardless of age, as important because you just can never know how these will impact your life or how your life will impact on theirs!

But there are many qualities that have not been easy to inherit: his smartness, neatness and attention to detail, which everybody saw right from his childhood days. He did not do this effortlessly – he shone his own shoes and washed his own car every morning in a way that gave true meaning the word ‘spotless’.

The same spotlessness described his work ethic and history of service. For more than four decades, he served Uganda diligently as a civil servant of exceptional calibre. Regardless of the government in place, he presented himself at work faithfully and fastidiously conducted the duties and responsibilities assigned to him.

His work record was pristine all through – from the minutest of details such as time-keeping and attendance to the quality of the work he did whether as Culture Officer when he had just started work, or as a government administrator as he was when he retired.

His work record, one mourner said, was almost more Christian than that of Christians

But he was a Christian, born and bred. And he was a faithful, loyal servant of the church – specifically St. Matthew’s Cathedral, Masindi where he was a church pillar, warden and also a special adviser to the Bishop.

Daddy has gone to be with the Lord and left us grieving but also celebrating God’s goodness to us by giving us 65 years of life with him.

Without doubt, he fought the good fight; he ran the straight race and finished the due course. All through that time he kept the faith and let the values and ethics that defined him shine till his last breath, leaving us the challenge of carrying them on.

7 thoughts on “There goes another serious Kaheru…farewell, Uncle Michael”