A COUPLE of weeks ago I was back at the Nakasero Blood Bank – the Uganda Blood Transfusion Services – to make whatever little contribution I could in a dire situation.

The family of the highly respectable lawyer, Gerald Kakuba, were looking for blood group O- so he could undergo surgery. He lived a long and well-accomplished life, impacting very many other lives in a way that made us all proud to have had any link to him in life.

Sadly, he passed on and we celebrated his life and departure in fitting form.

Nevertheless, a bad taste lingered on with the thought that if we had had enough O- in supply he could have gone on a little longer. The taste got worse when we heard that he had been an avid blood donor from early on in his childhood.

While standing in the compound making calls and sending mobilisation messages, I was hit by deja vu. Pausing for thought brought the reason to me quite clearly:

Exactly a year ago we were in exactly this same position for another friendly parent and all the elements were the same: no Blood Group (or Type) O-; surgery pending; frantic mobilisation; kind, helpful but hapless staff at the UBTS lamenting a ‘national blood shortage crisis’…

A year had gone by and almost nothing had changed – besides the fact that people would die, perhaps.

The issue with Blood Group O-, we always get told, is that it is quite rare and yet is the universal donor type – which means that Blood Group O- is compatible with all other Groups. 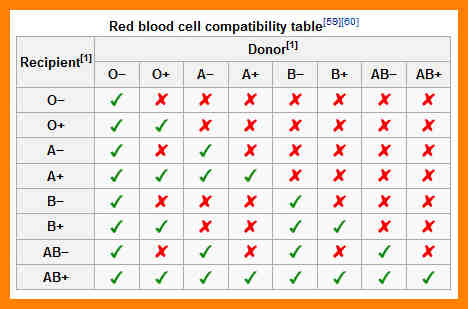 So people with Blood Group O- carry the most selfless or generous blood type, yet they can only receive blood from Blood Group O-.

The logistics of medical blood use complicate matters a little bit here because donated blood will only stand usable for 35 days – and if Blood Group O- has been banked and any other Blood Type need arises, then the rare blood type will be put to use.

That means that even if all the pitifully few people in Blood Group O- continually donate their own blood in case their own need it, there will always be a high chance that it will be used up by somebody else.

UNLESS the rest of us who belong to the common Blood Groups pile up stocks of our own blood so we don’t use up the Blood Group O- one.

It may appear straightforward but it isn’t so in implementation. See, nothing is changing. Last week the NSSF people ran their (apparently annual) blood drive and collected just over 4,000 units of blood – same number as last year, same time.

Last year the ‘blood shortage crisis’ was attributed to children being on holiday and therefore collections being lower, because most collection drives target schools and schoolchildren. Same thing now.

Also, knowledgeable people said, during the holiday season more blood is used up because people do more life-threatening things and hospitals work harder at keeping them alive.

Year in, year out.

And annoyingly, regarding those life-threatening things we do, more of us out there will tell you what our favourite drinks are yet we have no clue what Blood Group we belong to!

Why don’t we learn, change, do things properly?

Luckily for some of us – those who DO find blood or need it when it is in supply – the passion, anxiety and earnestness of the people at UBTS hasn’t changed either. But neither has their tendency to wring their hands, ask for more help and hope for the best.

But nothing’s changing for the better.

In the process of our collection efforts last week, we established a WhatsApp Group for Blood Group O- people and we hope to keep growing it so we have a donation roster that will keep the Bank in a continuous, reliable supply of the stuff.

It is a hopeful, optimistic, yet very small intervention. A more serious one would be for ALL our organisations to keep track of all our Blood Groups (or Types) and ensure we ALL get onto the roster for donation.

For NSSF to be in the headlines over blood donation with 4,000 units (applause, applause!) while the entire Civil Service has more than 300,000 employees working there and NOT being seen donating should be considered irritating, if not outright shameful.

We ALL need to be bleeding hearts about this, before our hearts need that blood and stop pumping because it isn’t available in the bank.

A COUPLE of weeks ago my brother Paul erupted in the middle of a conversation with considerable irritation that the national blood bank had run out of a rare blood type and someone was drumming up a campaign to urgently find this blood for a patient.

His irritation was understandable; this was certainly not the first we were hearing of a patient in need of life-saving intervention and some rare blood type being in short supply.

But why, he asked, does the Blood Bank not keep a database of those people with that rare blood type and keep going to them for regular deposits? If I am not O- today and I can’t donate that blood type I still won’t be O- next year and will feel as helpless when there is another distress call!

He had a point, but the conversation went its merry way and life moved on till several days later my friend Kamara Ariho told me his uncle couldn’t undergo critical surgery because there was insufficient blood at the Blood Bank to call on in case something went awry during his procedure.

The family was working out ways of contributing blood but the procedure is not as straightforward as putting together money for drinks at a wedding. It is actually simpler, but requires more advance planning.

That’s where we are challenged – advance planning. And that was what was irritating both Paul and Kamara. But to the credit of the people in charge, there is a register of blood donors that gets called upon when needed.

In the past among the cards and paperwork I always had in my wallet was that little card they give you when you donate blood. When you present that little strip card to the blood bank you are given priority as a blood donor, should you be in need of blood – and I have used them a couple of times.

You have to plan in advance though because the blood you donate to a blood bank must be screened and tested and taken through other scientific steps I am not academically qualified to elaborate here.

But having gone through the donation and retrieval experiences many times myself I knew the anxiety families go through when they realise blood is suddenly needed. But even at that critical time, sadly, not many families rally round and become regular lifetime blood donors.

Another friend, Nada Andersen, annually makes pilgrimages to donate blood and keeps mobilising us to join her. This week I had blood on my mind when I got fed up of the high-brow analysis in one of my many WhatsApp groups where Kampala-based people dissect such things as John (Donald) Trump and his political beliefs and basic bad manners.

I interrupted their intellectual banter with a reminder that right here, just a few metres from all of our mobile phones, we could get together to solve a national blood bank issue rather than talk about Trump’s being a misogynist.

The seniormost officials in the Ministry of Health confirmed to me that there is, indeed, a shortfall in stocks of blood – for a variety of reasons including few donors and lack of certain sundries. Our annual need is 260,000 units but we only collected 240,000 last year.

Also, the shelf life of blood is 35 days only, so if we don’t consistently replenish the stocks then…(and that explains why sometimes there is an urgent need for the rare blood types).

Since in recent days a national debate has arisen over whether or not to refer to a certain court order as stupid, here are some clear candidates for the adjective: Anyone who discusses Trump and Brexit et al while riding around in this town at risk of finding themselves in urgent need of blood, and has never donated blood; Anyone who can donate money for a party activity but has never donated half a litre of blood that would be life-saving if said party activity results in a medical emergency; and so on and so forth in that vein (excuse pun).

To free myself of any such description, I went back this week and was pleased to find that the process is still quite easy and straightforward. Better still, computerization has now been introduced, so Paul’s irritation will decrease in future.

There are pleasant people there trying to do their jobs well, even though the toll free line listed on the website (0800122422) is currently out of service. That’s an opportunity right there for some telecommunications company to offer something right away.

As I dialled their listed land lines (the call attendant could do with some phone etiquette training) I realised that we all need to save the numbers in our phones because one day we might need them (0414259195/0414257155).

Imagine you one day need blood urgently and you are standing in a hospital corridor with panicked relatives all scrolling through phone books for help. Won’t you will feel silly seeing contacts of Rolex guys, mechanics, boda boda men and all the other day-to-day people you find important rather than the lifesavers?

The process, as I said, is quite simple. At Nakasero they have six beds so they can easily handle six people at a time at the drop of a hat, but if many more turn up then they will mobilise more beds and other equipment.

The ladies who handled me were courteous, strict and happy to be of service – insisting that I waited my full ten minutes while resting after I had donated, even though I claimed to be strong enough to up and go.

and made a mental note to take them a Christmas gift at the end of the year – may even to all the Blood Banks. Those small gestures also make a difference in a way.

But I also hope for bigger differences in the way we do things as individuals and companies. I hope some restaurants or hotels, for instance, offer special discounts to people who present valid blood donation cards. After we have given blood, one of the items a donor is given is a soda and a biscuit or two (I declined, as I had carried a health drink of my own).

The rest of you can take in a whole load of other things that would make it easier for those hard working people to collect more blood – even those foam squeezy balls that they give the blood donor to squeeze as the blood is flowing out into those bottles:

I keep saying “valid blood donation card” because the rules say men can donate once every three months and women once every four months. Donating once in your lifetime is certainly NOT enough.

And this blood, as numerous stickers and flyers at the Blood Bank state, is FREE OF CHARGE. Nobody asks you to pay for it.

We can give more than just blood:

You and I can mobilise more people to donate blood; the UBTS Director, Dr. Dorothy Kyeyune, told me that NSSF ran a blood drive last week that collected more than 4,000 units of blood!

LET’S DO MORE TO SAVE LIVES, PEOPLE!