Malaika Nnyanzi is an erudite and elegant, beautiful and brilliant young lady. She is smart in most respects and so well-spoken that she is often called upon to direct events of a mostly glitzy and glamorous nature.

The World Premiere of the movie 27 Guns was one such event.

The set up in the Metroplex Mall changed that nowadays-dreary venue into a glittering hall offering an array of displays all in support of the story that the movie re-created.

Malaika fitted in very well with the smartly-dressed guests, all in their black bow ties and flowing evening dresses. With her co-EmCee of the night, Dr. Mitch Egwang, she chaperoned our thoughts and kept the tempo high and befitting of a movie premiere of this nature, graced by Citizen Number One – the President himself.

She said one of the most profound things of the night – of which there was no shortage – at the end of the viewing:

Her voice was shaking as she said this, and the hesitant microphone didn’t help either. Like most people in that cinema hall, her eyes were quite moist.

Walking out of the camera flashes of the Premiere Reception floor into that dark cinema to spend an hour under flashes of AK-47 and mortar shell fire on screen silenced us all. Going from an hour and a half of looking at three hundred people in smart formal wear into that cinema hall to watch a small band of rag-tag, unkempt men and women in assorted military fatigues was disorienting.

The movie is not the normal, hero-based fiction that we normally go to cinemas for, but it is not a documentary, as such, either. It is based on real events and recreated according to the accounts – written and verbal – of the people who were there.

In your seat, for those more than one and a half hours, you develop a high sense of trapped anguish along with the combatants and civilians of the time – which, besides the millennials, was most of us in the hall sent back in time.

Malaika’s situation was understandable and proved the success of 27 Guns. If these couple of hours just watching that movie makes one feel this way, imagine what it was really like back then for the people who actually spent all those years in the thick of that action?

But there are two aspects to this movie, that should both be taken seriously.

The Opening Prayer at the Premiere was delivered by Lorna Magara, who captured both quite clearly, “…that this movie will specifically speak to our people, young and old – reminding us of our history and God’s grace over us all these years.” and that the movie be, “…shot out as God’s arrow, silencing every contention against Uganda, speaking not just for Uganda and it’s people but resounding across the world on behalf of all the African people!”

See, after the idea formed and grew in her mind, Natasha Karugire started putting together the elements required to make a movie of this nature but kept getting repulsed and questioned by the world outside of Uganda.

There was so much skepticism about the possibility of the story being interesting on its own and more interest in fictionalising it, that she pulled back and decided to do it herself. Using Ugandans in Uganda and keeping it authentic and realistic. Just as she promised when Isaiah 60 Productions was launched – this was an opportunity for Ugandans to tell their own stories to the world by themselves.

She packed up her crew and cast, headed for the Luwero triangle and months later her strategy had worked, just as the Bush War did 32 years ago. Malaika Nnyanzi’s little speech made that quite clear. 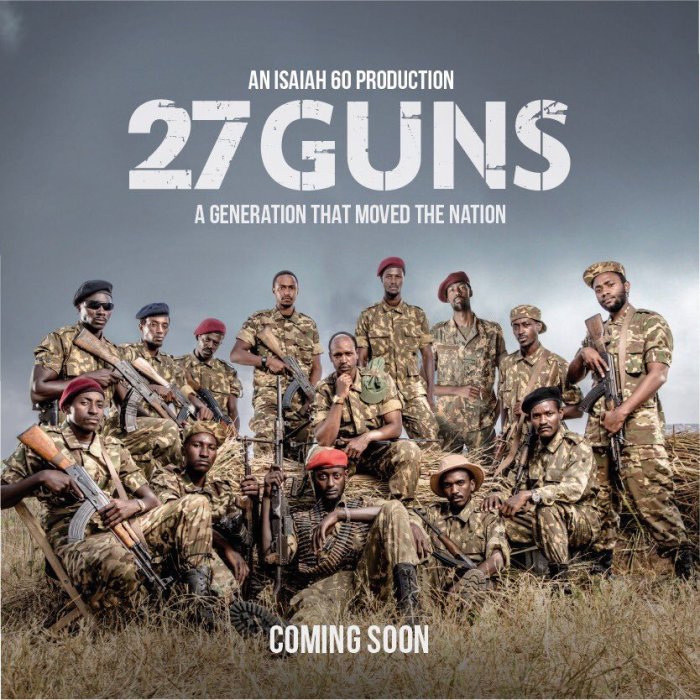