THE visit to Uganda by Pope Francis was highly successful – possibly even more so than the other countries can say – but for those with noses to the ground there were some hard lessons to be learnt – lessons we only ignore if we do not wish to develop more.
My favourite lesson was one I have been keenly aware of for many years – NEVER downplay the importance of good, expensive equipment.
And before you bring out a tub of popcorn in anticipation of a duel over television broadcasting, let it be known that I am talking strictly about photography today.
Photography because the avaricious side of us welcomed the Pontiff’s visit due to the tourism value it brought to Uganda as a nation and East Africa as a region. See, there are more than 1.2billion Roman Catholics in the world, and one World Bank study says Uganda receives about 1.2million visitors into the country every year – which figure includes anyone dropping in for a day or staying overnight en route to somewhere else.
Now, the Pope’s visit to Uganda was full of blessings and was rather exciting for all of us who lined up to wave at him and shake his hand, but back to the avaricious side of things and my lesson:
NEVER downplay the importance of good, expensive equipment.
The night before he arrived, I fortuitously received an email notification from a service I signed up to months ago, offering me some used camera equipment that cost at least a couple of thousand pounds sterling each for the cheapest items – lenses – and more than ten thousand pounds for heavier ones – cameras.
My eyes opened wide at the costs listed there, but I took an interest anyway.
The very next day, I was surrounded by the international media following the Pope and had whipped out my own digital Single Lens Reflex camera with a ‘big’ lens to take some shots when I felt shrivelled. Some of the lenses those photographers lugged around obliterated my view of the entire Popemobile!
Now, regardless of what you are talking about, equipment is important, and our neglect of the investment required to own and run serious equipment will always hold us back.
One of my first useful steps at one government office I worked in was the acquisition of a digital camera and memory card. I misappropriated (or re-appropriated) money meant for some other mundane and very traditional purpose and bought the damn camera along with a card and a rechargeable battery.
The complaints thereafter sounded serious at first but were muted by my brutish nature, and after a couple of weeks the difference in our public visibility was so vivid – both in the quality of photography we were producing and circulating and in the speed with which we had photographs out – that I heard some colleagues in a totally unrelated department trying to take credit for the purchase.
The cost of the camera, memory card and battery, I should add, was the equivalent of a couple of meals our delegation would have signed for – thus the early complaints over my actions. But the value it gave us far superseded that of the film-roll cameras that my unit carried till then.
Now, confronted by the gigantic lenses of the international press corps 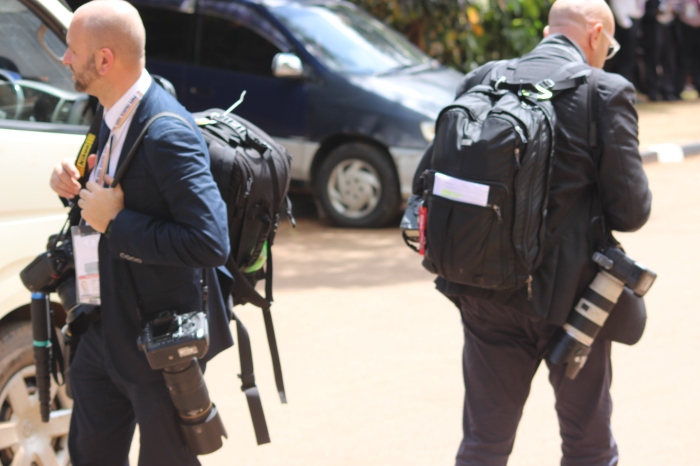 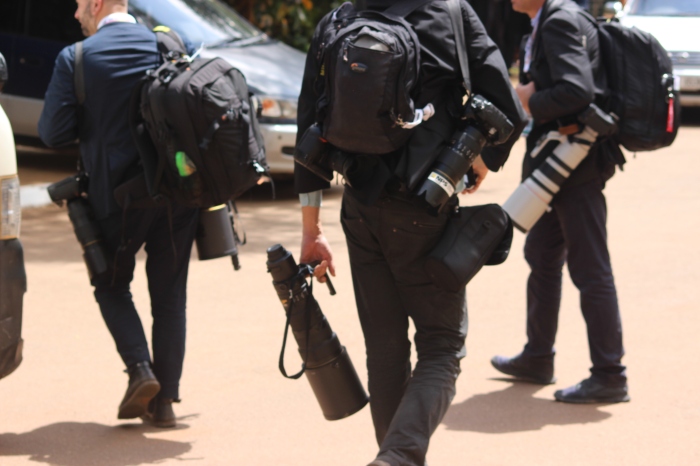 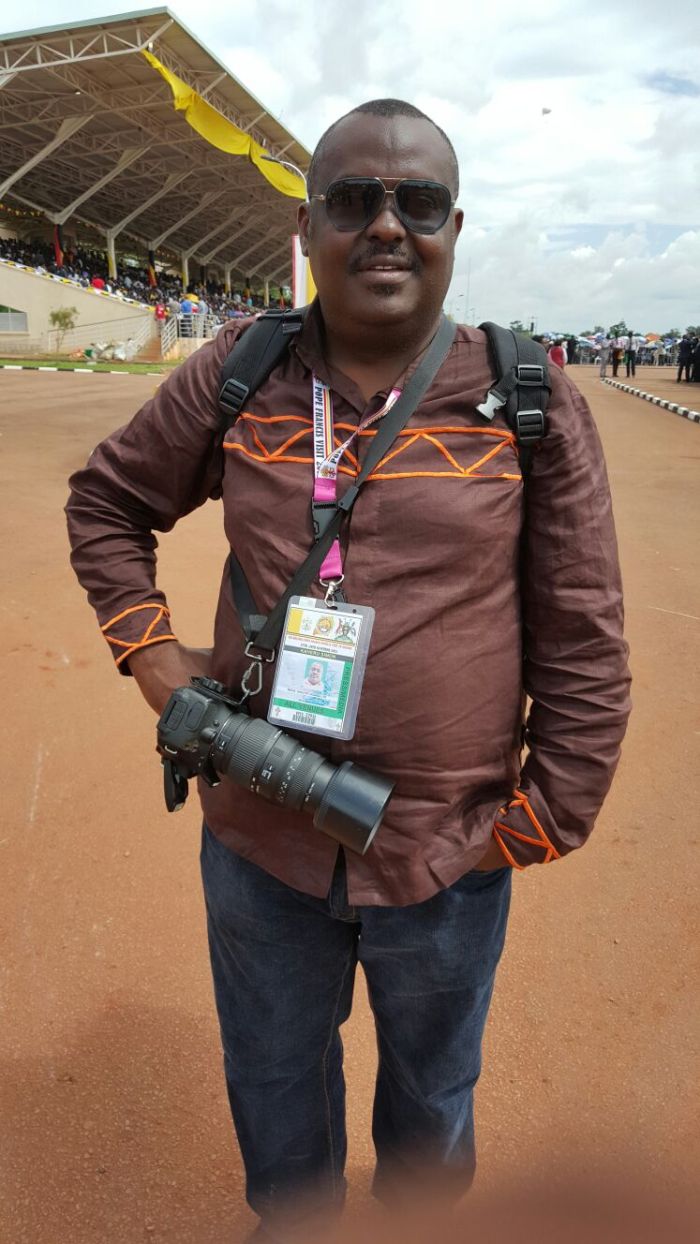 following His Holiness the Pope, I had to check the prices of some of them online and found them even more daunting than the ones sent by email the night before.

But then, I thought, double checking the number of Roman Catholics that were bound to be following news of the Pope’s visit and who would possibly see the high quality photographic depiction of his presence here, that cost would have been quickly offset by 1% of them if, as a result of good photography, they chose to visit Uganda and each spent less than US$1 here!
NEVER downplay the importance of good, expensive equipment.
The massive lenses enabled those photographers to get high quality shots of whatever they wanted from tens of metres away, while our photographs had to be taken from close range.
We couldn’t compete; and if they chose to take shots of only the ugly bits of the country while we focused on the vast number of beautiful parts, their submissions would defeat ours in number and quality – just because we don’t have the right equipment. In fact the event organisers, sticking to internationally set standards, kept providing media platforms for camerapeople and positioned them at distances that inconvenienced some of us very greatly while the international press corps simply clicked their tongues and got to work shooting.
NEVER downplay the importance of good, expensive equipment – and since we always go for the best when buying jets, cars, guns and whatnot, it’s about time we started doing so when buying photographic equipment as institutions and individuals wishing to portray the best parts of Uganda.

2 thoughts on “never downplay the importance of good, expensive equipment”